Back to all posts

Prosthetic Records is excited to announce the signing of ETERNITY’S END. The European technical power metal band have today unveiled plans to release their third full length album, Embers Of War, due out on November 26. Accompanying the announcement, ETERNITY’S END have released a guitar playthrough video for the album’s lead single, "Arcturus Prime".

Speaking on the signing, the band comment: "Signing with Prosthetic Records marks the beginning of a new chapter for Eternity’s End. There are many bands on the label that we are fans of or friends with, and it happens right at the time we move Eternity's End from an online project into a real band that will also play live shows and tour. Now that there seems to be a renaissance of classic heavy metal and power metal, especially in the US, we feel that Prosthetic is the perfect label to work with for us and we are looking forward to this collaboration very much!"

Of "Arcturus Prime", the band adds: "We chose "Arcturus Prime" to be the first single for the album as we feel it summarizes everything that we are about as band, which is a totally over the top approach to the music with an exaggerated amount of hyper technical twin guitar harmonies and aggressive riffing, solo trade offs combined with very high pitched soaring vocals, intense drumming and even light speed shredding on the bass. Lyrically this song tells a science fiction story based in the far distant future where a hegemony of planets across the galaxy form a governmental entity and are connected through teleportation networks, which are controlled by an artificial intelligence that has developed over centuries into a god like entity with powers far beyond human understanding and control. The album's cover art was hand painted in acrylic by Dimitar Nikolov. It represents a scene from the title track. The idea is to represent that mix of sword and sorcery aesthetics with sci fi elements as we also have in the lyrics."

Formed in 2014 by guitarist and songwriter Christian Muenzner (Obscura, Paradox, Alkaloid, ex-Necrophagist), ETERNITY’S END have been through a series of line up changes on their way to perfecting their sound as well as evolving into a band that would logistically be able to tour. To date the band has released two critically acclaimed studio albums, one of which was financed through crowdfunding.

With a refreshed line up onboard, the band set to work on what would become Embers Of War. The album features twin guitar solos reminiscent of Racer X and Cacophony, and bombastic choruses in the vein of Iron Savior and Blind Guardian. Combined with theatrics and story-telling chops that would make King Diamond proud, the results are nothing short of fantastical.

Embers Of War was written between November 2019 and October 2020 before being recorded between October 2020 and May 2021. The album was produced by Christian Muenzner and Hannes Grossmann and mixed and mastered by Hannes Grossmann at Mordor Sound studios. The choirs were provided by Piet Sielck and Jan Sören Eckert of German power metal veterans Iron Savior.

Embers Of War’s eight songs bear all the hallmarks of a future classic of the genre and are bound to lead listeners into a world full of magical wonder, far from their daily realities.

1. Dreadnought (The Voyage of the Damned)
2. Bane of the Blacksword
3. Hounds of Tindalos
4. Call of the Valkyries
5. Arcturus Prime
6. Shaded Heart
7. Deathrider
8. Embers of War 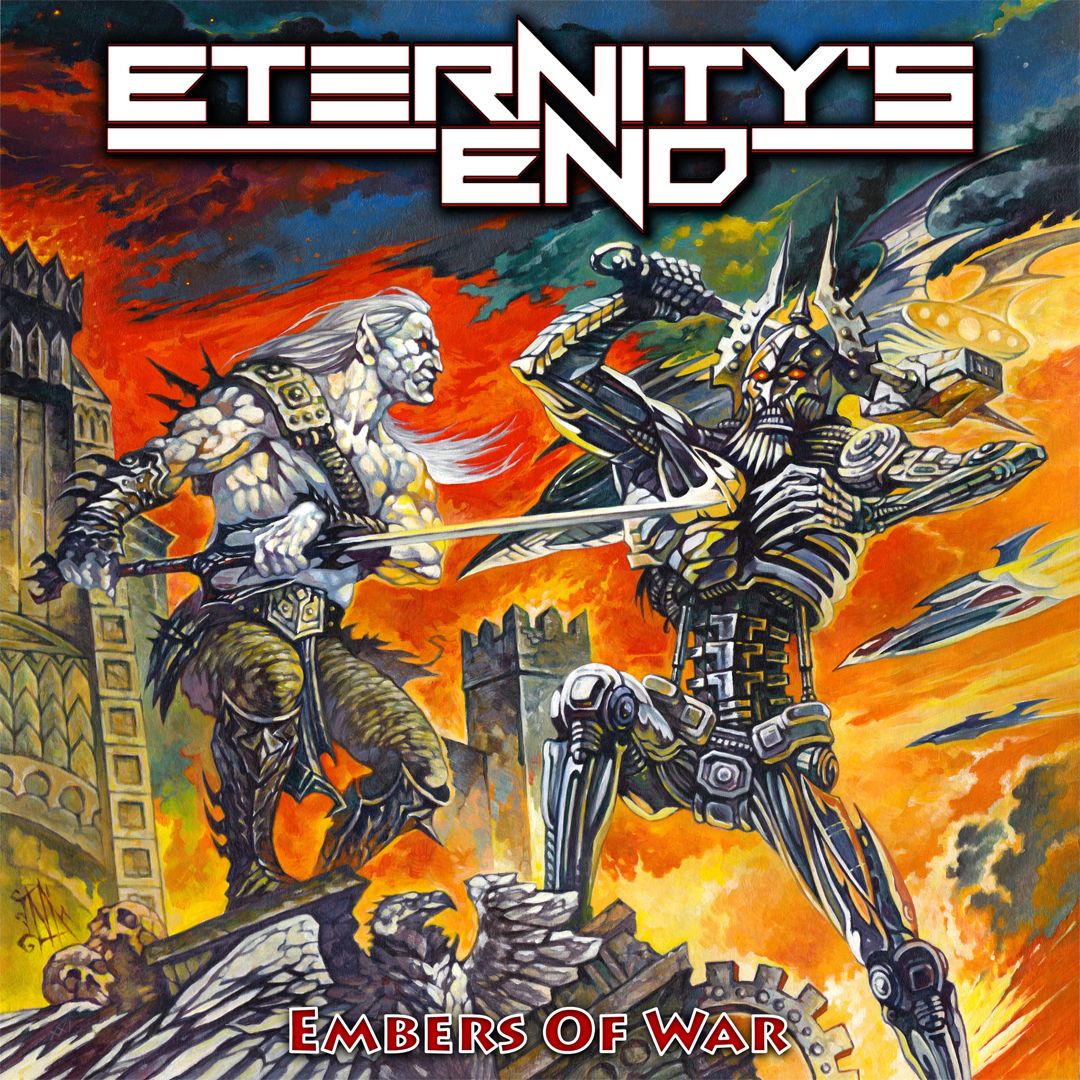